We are pleased to announce the publication “Marine-lacustrine systems during the Eocene in northern South America – Palynological evidence from Colombia“. Fernando Mantilla-Duran, one of our palynology team based at our Northwich (UK) office, is a co-author on this paper.

“Studying the marine incursions during the Eocene in this part of Colombia is fundamental as these conditioned the deposition of economically important Formations in the area. Understanding the distribution and the duration of these incursions also adds more pieces to the puzzle of understanding the palaeo-geography of the area during this epoch, which has been a challenging task due to the structural complexity of the area.”

I had the opportunity to collaborate in a palynological study that expands the understanding of the different marine incursions during the Eocene in Colombia. This is not only important for scientific purposes but also because the sediments deposited during these incursions correspond to one of the most prolific oil reservoirs in the country.

One of the most important basins for the hydrocarbon industry is the Llanos basin. Previous studies show evidence of a marine incursion that flooded the this during the late Eocene (e.g. Cooper et al., 1995; Villamil, 1999; Santos et al., 2008; Reyes-Harker et al., 2015). Some authors have suggested that the entry point for this flooding was through the Maracaibo Lake (Pindell et al., 1997), However, the new models suggest an entry from the proto-Lower Magdalena Valley. This proposition has been done from data derived from late Eocene. However, not much has been done to understand if the onset of these marine incursions took place before the late Eocene.

Hence, we decided to study with palynology a site called Sagu Creek in the Eastern Cordillera Foothills which spans the late Paleocene – early Oligocene. The results were quite interesting. We noticed that for most part of the middle Eocene, the area was affected by marine conditions, with abundant presence of dinoflagellate cysts and foraminifera test linings most of the samples spanning this interval. The records of lacustrine, mangrove and continental-derived palynomorphs also showed variations from marine to lacustrine conditions during this interval of time. We also calculated the Salinity Index (SI) from our results and it showed that the degree of marine influence in the Sagu Creek was higher during the middle Eocene in comparison to the late Eocene. This suggests that the proto-Lower Magdalena Valley was acting as a marine corridor since the middle Eocene and the decrease in the SI towards the late Eocene suggests a gradual retreat of the marine influence. This is then another key piece of the puzzle for deciphering the palaeogeography of the area.

The Neotropics have experienced a series of marine incursions and the development of lacustrine systems at different intervals during the Cenozoic. One of these events occurred during the middle-late Eocene, an interval of time related to one of the most prolific oil reservoirs in Colombia, the Mirador Formation. Previous studies have identified marginal and marine environments during the late Eocene, especially in the Putumayo basin and the central Llanos foothills of Colombia. However, it is still not clear if the marine incursion is restricted to the late Eocene, or if the incursion started early. To investigate this, we analyzed a stratigraphic section located in the Llanos Foothills of Colombia. We studied the palynological content of 57 samples to establish a temporal framework for the interval and to estimate the degree of marine, terrestrial and/or lacustrine influence during the deposition. The marine influence is especially marked during the middle Eocene and show a decreasing trend that finally reach values close to zero in the early Oligocene. Differences in the contribution of microforaminifera, dinoflagellate cysts, and freshwater algae are evident throughout the section. The corridor proposed to explain the marine incursion during the late Eocene, was active at least since the middle Eocene. 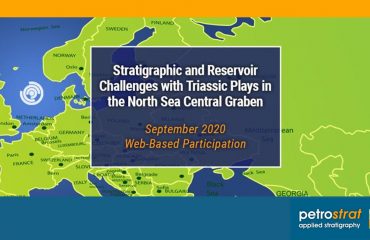 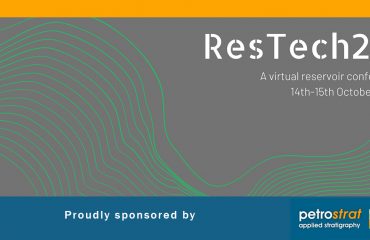